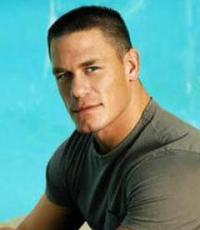 A John Cena personal appearance, John Cena speaking engagement, or John Cena endorsement will reflect well on your company. To hire John Cena now for any corporate appearance, fundraiser, motivational speaker event, personal appearance, autograph signing, or website endorsement please contact our celebrity agents at 1-877-6-SPORTS. We will contact John Cena or contact John Cena's agent and provide you with the booking fees and availability immediately upon your request. Direct Sportslink is the only sports speakers bureau and talent booking agency based in the United States securing only sports talent for corporations, associations, and organizations for motivational speaking engagements, personal appearances, and endorsements. We are the premier sports celebrity booking agency and a sports celebrity procurement expert. Accordingly, we will provide you with any relevant John Cena website information and booking agent details so that you can hire John Cena for your next event.

Cena was born April 23, 1977 in West Newbury, Massachusetts. After graduating from Cushing Academy, Cena attended Springfield College in Springfield, Massachusetts. In college he was a Division III All-American center on the football team. He graduated from Springfield in 1998 with a degree in exercise physiology.

Outside of wrestling, Cena has starred in the movie The Marine, made appearances on television shows including Manhunt, Deal or No Deal, MADtv, and Punk'd, and was a contestant on Fast Cars and Superstars: The Gillette Young Guns Celebrity Race.

Secure John Cena for Your Event

Based on your interest in John Cena as a speaker or for a personal appearance, Direct Sportslink has provided you additional links below for other sports talent with similar appearance fees, speaker topics, and categories that match John Cena.