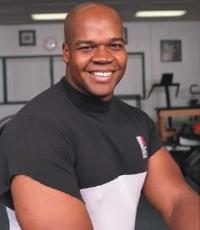 He hit over 500 career home runs; He is a five time All Star, a four time Silver Slugger winner, and two time AL MVP
Fee Range: Contact Us
Secure Frank Thomas
for Your Event

Nicknamed "The Big Hurt," Thomas is known for his menacing home run power. In just his first full season with the White Sox in 1991, Thomas won the first of four Silver Slugger awards, and led the league in on-base percentage, something he would accomplish four times throughout his career. As a member of the White Sox, Thomas and teammate Magglio Ordóñez tied a major league record for back-to-back homers, with six in one season.

From 1991-1997, Thomas finished in the top 10 of the MVP voting every year. In 1993 and 1994, Thomas won back-to-back Most Valuable Player awards-the first by a White Sox since 1972. He is the second first basemen in history to win consecutive Most Valuable Player awards in the major leagues. In his second MVP season, he hit an incredible .353, with 38 home runs and 101 RBI. In 1997, Thomas won the batting title and finished third in MVP voting. Thomas won the 2000 AL Comeback Player of the Year Award and was runner-up for the award in 2006.

From 2006-2008, Thomas had stints with the Oakland A's, the Blue Jays, and then again with the A's before finally retiring in 2010. The White Sox also announced they would retire Thomas #35 jersey as well. In 2011, the White Sox unveiled a life size bronze statue of Thomas on the outfield concourse. Since his retirement, he has also been the CEO and founder of W2W Records.

Secure Frank Thomas for Your Event

Based on your interest in Frank Thomas as a speaker or for a personal appearance, Direct Sportslink has provided you additional links below for other sports talent with similar appearance fees, speaker topics, and categories that match Frank Thomas.