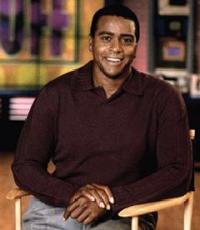 He is an Emmy award-winning sportscaster and former four-time NFL Pro Bowl selection as a wide receiver for the Minnesota Vikings
Fee Range: $10,000 - $20,000
Secure Ahmad Rashad
for Your Event

Ahmad Rashad for City of Hope

Ahmad Speaking to the COH Guests

Direct Sportslink has worked with the City of Hope for many years securing sports celebrity speakers for the COH dinner programs at popular golf courses around the United States. For this event, Ahmad played a round of golf in the morning with the top COH program sponsors and he was the keynote speaker for their evening event. Always a hit with his speeches and an avid golfer, Ahamad was very well received by this group. To secure Ahamad Rashad for any appearance or speaking engagement please contact a Direct Sportslink booking agent today for his fee and availability.

Ahmad Rashad is an Emmy award-winning sportscaster (mostly with NBC Sports) and former NFL wide receiver for the St. Louis Cardinals, Buffalo Bills, and most notably, the Minnesota Vikings where he earned four Pro Bowl selections from 1978 to 1981.

During his NFL playing career, he caught 495 passes for 6,831 yards and 44 touchdowns, while also rushing for 52 yards. However, one catch stands out in his career.

After his playing career, he covered NFL and NBA televised contests as a studio anchor and game reporter as well as hosting NBA Inside Stuff.

In 2013, he became a member of panel on the daily talk-show Morning Drive on the Golf Channel.

Secure Ahmad Rashad for Your Event

Based on your interest in Ahmad Rashad as a speaker or for a personal appearance, Direct Sportslink has provided you additional links below for other sports talent with similar appearance fees, speaker topics, and categories that match Ahmad Rashad.