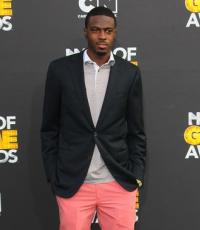 Green played college football at the University of Georgia. In the fourth game of his college career, against Arizona State, Green had 8 catches for 159 yards and a touchdown. For this, he was named SEC Player of the Week. He finished the 2008 season with 56 catches for 963 yards and 8 touchdowns. He also led the SEC in receiving yards. He was named second-team All-SEC and Freshman of the Year by the SEC coaches, and was named to the Associated Press All-SEC first team.

On January 9, 2011, Green officially declared for the 2011 NFL Draft. He finished his three seasons at Georgia with 166 receptions for 2,619 yards and 23 touchdowns. Green was the fourth overall draft pick by the Cincinnati Bengals in the 2011 NFL Draft. On July 28, 2011, Green came to terms with the Cincinnati Bengals on a four-year, fully guaranteed contract.

By the end of the season, Green had recorded four 100-yard games and led all rookies in receptions and receiving yards, catching 65 passes for 1,057 yards in 15 games. His 7 touchdown receptions were the second highest rookie total in the league behind Julio Jones.

After signing with the Cincinnati Bengals Green became a member of School of the Legends (SOTL) in 2011. Green was featured in the 2011 NFLPA Rookie Debut "One Team" Celebration which streamed live on YouTube.

Secure A.J. Green for Your Event

Based on your interest in A.J. Green as a speaker or for a personal appearance, Direct Sportslink has provided you additional links below for other sports talent with similar appearance fees, speaker topics, and categories that match A.J. Green.