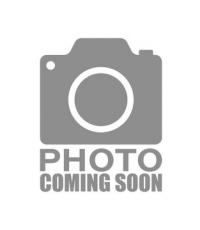 He was the 1997 Heisman Trophy winner; He was AP All-Defensive Player of the Year in 2008; Super Bowl XLV Champion
Fee Range: Contact Us
Secure Charles Woodson
for Your Event

Woodson played college football at the University of Michigan for the Michigan Wolverines. In 1997, Woodson led the Wolverines to a national championship. He is the first player in the history of NCAA Division I-A football to win the Heisman Trophy as a primarily defensive player, edging out then University of Tennessee quarterback Peyton Manning.

Woodson was selected by the Oakland Raiders with the fourth pick in the first round of the 1998 NFL Draft. In his first season with Oakland, Woodson was selected as the NFL Defensive Rookie of the Year by the Associated Press. He was named to the Pro Bowl and earned All-Pro recognition three consecutive times (1999–2001). Woodson later battled several nagging injuries in consecutive seasons in Oakland, leading to his departure and becoming a free agent after the 2005 NFL season.

In 2006, Woodson signed a contract with the Green Bay Packers. In his first season in Green Bay, Woodson was the team's punt returner and led the National Football Conference with eight interceptions, surpassing his previous career high of five, in his rookie year. In 2009, Woodson was named the AP NFL Defensive Player of the Year.  The next year, he helped the Green Bay Packers win Super Bowl XLV.  Over his years, Woodson has been named to several All-Pro teams and been to numerous Pro Bowls. Woodson was released from the Packers in a salary cutting move in 2013.

Secure Charles Woodson for Your Event

Based on your interest in Charles Woodson as a speaker or for a personal appearance, Direct Sportslink has provided you additional links below for other sports talent with similar appearance fees, speaker topics, and categories that match Charles Woodson.