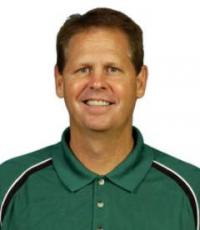 He has played on three separate NBA Finals teams (Celtics, Suns, Blazers); He was a key player on two Boston Celtics NBA Championship teams; He is a member of the Oregon Sports Hall of Fame
Fee Range: $5,000 - $10,000
Secure Danny Ainge
for Your Event

Ainge is a former professional basketball and baseball player who played in the NBA for the Boston Celtics, Sacramento Kings, Portland Trail Blazers, and Phoenix Suns, and also in Major League Baseball for the Toronto Blue Jays.

Ainge played basketball at Brigham Young University, and was selected in baseball's 1977 amateur draft by Toronto. He made it to the major leagues with the Blue Jays in 1979 while still in college, but amassed only modest numbers for the team for parts of three years. In 1981, after receiving the John R. Wooden Award as college basketball player of the year, Ainge was chosen in the 1981 NBA Draft by the Boston Celtics, who had to buy out Ainge's contract from the Blue Jays after enduring a legal battle over the rights to it.

Ainge became one of the important pieces of the team that won the NBA title in 1984 and 1986, and a major contributor of the mid to late 1980s Celtics teams.

Ainge played for several teams after the Celtics and retired after the 1994-1995 season. He was inducted into the Oregon Sports Hall of Fame in 1999. He was the GM for the Boston Celtics 2008 NBA Championship team.

Danny Ainge is unique because he fits both the categories of a baseball speaker and a basketball speaker having played professionl sports in both the NBA and MLB. He is a great choice for a motivational and inspirational keynote speaker having been a major part of putting together the Boston Celtics 2008 NBA Championship team.

Whether coming off the bench and as a starter, Danny Ainge made numerous appearances in NBA games where he was a key factor. One of his most memorable appearances was in Game 6 of the 1992 NBA Finals when he set a record by scoring nine overtime points for the Blazers.

Danny Ainge was someone who competed hard on every play, never willing to give an inch. He is well known in Boston where his endorsement would be well received. Danny is well spoken and well respected, two key attributes any spokseperson.

Secure Danny Ainge for Your Event

Based on your interest in Danny Ainge as a speaker or for a personal appearance, Direct Sportslink has provided you additional links below for other sports talent with similar appearance fees, speaker topics, and categories that match Danny Ainge.