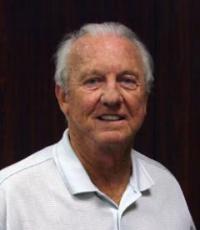 He is a member of the Baseball Hall of Fame; He is widely regarded as one of the most popular athletes to ever play for a Detroit sports team
Fee Range: $10,000 - $20,000
Secure Al Kaline
for Your Event

An Al Kaline personal appearance, Al Kaline speaking engagement, or Al Kaline endorsement will reflect well on your company. To hire Al Kaline now for any corporate appearance, fundraiser, motivational speaker event, personal appearance, autograph signing, or website endorsement please contact our celebrity agents at 1-877-6-SPORTS. We will contact Al Kaline or contact Al Kaline's agent and provide you with the booking fees and availability immediately upon your request. Direct Sportslink is the only sports speakers bureau and talent booking agency based in the United States securing only sports talent for corporations, associations, and organizations for motivational speaking engagements, personal appearances, and endorsements. We are the premier sports celebrity booking agency and a sports celebrity procurement expert. Accordingly, we will provide you with any relevant Al Kaline website information and booking agent details so that you can hire Al Kaline for your next event.

Al Kaline is a member of the Baseball Hall of Fame. Kaline was active from 1953 through 1974, playing his entire Major League career with the Detroit Tigers. Because of his lengthy career and longtime association with the Tigers organization, Kaline's nickname is "Mr. Tiger."

Kaline is the probably most popular player ever to play for the Tigers, and possibly the most popular athlete in Detroit history, as he is remembered as much for being a true gentleman as he is for being a superb athlete.

On September 24, 1974, Kaline became the 12th player in Major League Baseball history to reach the 3000 hit plateau. At the time of his retirement, Kaline finished with 3,007 hits, 399 home runs (a Tigers record and 43rd on the all-time list) and 1583 RBIs. He batted over .300 nine times in his career to finish with a lifetime batting average of .297 and, while never considered a true power hitter, he hit 25 or more home runs seven times in his career.

Cherry Street, which ran behind the left-field stands at Tiger Stadium, was renamed Kaline Drive in his honor.

Al Kaline was elected to the Baseball Hall of Fame in 1980, becoming the tenth player in history to be inducted in his first year of eligibility. Kaline was honored by the Tigers as the first of their players to have his uniform number (6) retired. Versatile and well-rounded, he won ten Gold Glove Awards (1957-59 and 1961-67) for excellence in the field and appeared in fifteen All-Star games (1955-67, 1971, 1974).

Secure Al Kaline for Your Event

Based on your interest in Al Kaline as a speaker or for a personal appearance, Direct Sportslink has provided you additional links below for other sports talent with similar appearance fees, speaker topics, and categories that match Al Kaline.