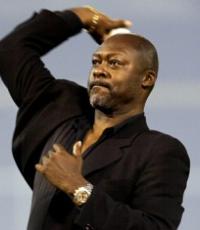 Stewart was drafted by the Los Angeles Dodgers in the 16th round of the 1975 amateur draft as a catcher, but made his major league debut on September 22, 1978 as a pitcher. Stewart split time starting and relieving for the Dodgers, Texas Rangers and Philadelphia Phillies in the early to mid-1980s. His nickname at the time was Dave "Smoke" Stewart. In 1986, the Oakland Athletics signed him after he was released by the Phillies. Stewart successfully converted to a starting role with the A's, posting a 9-5 record.

In 1987 he won 20 games while posting a 3.68 ERA and striking out 205 batters. His new-found stardom would not be short-lived as he won 20 or more games in each of the next three seasons (1988–1990) and led a powerful Athletics club to the World Series each of those years. Remarkably, he pitched over 250 innings in each of those four seasons, frequently posting complete games. In 1989, the Athletics won the World Series championship, with Stewart, who won two of the four games while giving up just three runs, being named World Series MVP. In 1990, the A's won their third straight pennant, beating the Boston Red Sox in the American League Championship Series, and Stewart was named the ALCS MVP.

On June 29, 1990, Stewart no-hit his future team, the Toronto Blue Jays.  Stewart was also a part of the 1992 Oakland team which lost in the ALCS to the Blue Jays. Toronto went on to win the World Series that year, catching Stewart's eye and prompting him to sign with them in 1993. The Blue Jays made it to the ALCS once again, and triumphed over the Chicago White Sox 4 games to 2, with Stewart winning ALCS MVP honors for the second time in his career. The Blue Jays then went on to defeat the Phillies 4 games to 2 in the World Series. Stewart remained with the Blue Jays for the 1994 season, then returned to Oakland to finish his career in 1995.

Over his career, he started 18 games in the postseason, compiling a stellar 2.84 ERA and 10-6 record. Stewart has served as pitching coach for the San Diego Padres, Milwaukee Brewers, and Toronto Blue Jays. He was also assistant general manager for the Blue Jays. He started a sports agency called Sports Management Partners, and has represented Major League players such as Matt Kemp and Chad Billingsley.

Secure Dave Stewart for Your Event

Based on your interest in Dave Stewart as a speaker or for a personal appearance, Direct Sportslink has provided you additional links below for other sports talent with similar appearance fees, speaker topics, and categories that match Dave Stewart.