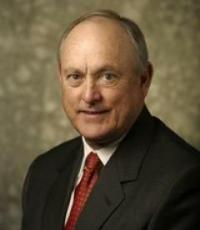 Nolan Ryan cracked the majors in 1968 and gave people a taste of what was to come in the 1969 World Series, when he entered Game 3 in relief of a struggling starter and shut down the powerful Baltimore Orioles for nearly three innings. Ryan's work enabled the New York Mets to hang on to win that game, and they went on to upset the Orioles in five games.

Ryan truly blossomed as a pitcher after being traded to the California Angels in 1972. Even though the Angels were a sub-.500 team and remained one for most of his time there, he began winning between 19 and 22 games a season regularly. In 1973, he set his first record when he struck out 383 batters in one season, eclipsing Sandy Koufax's old mark by one.

Ryan later played for the Houston Astros where he became the first player to make $1 million a year. On September 26, 1981, Ryan threw his fifth no-hitter to finally break Koufax's mark. That season, he won the National League ERA title with a miserly 1.69.

He earned his 300th win in 1990 on July 30th against the Milwaukee Brewers. Before the 1993 season, Ryan announced his retirement, effective at the end of that season. His seemingly bionic arm finally gave out in Seattle on September 22, 1993, when he tore a tendon, ending his career two starts earier than planned.

At the time of his retirement, Ryan ranked first all-time in strikeouts (5714), fewest hits allowed per nine innings (6.56), fifth in innings pitched (5386), second in games started (773), seventh in shutouts (61) and tied for 13th in wins (324). Ryan played more seasons than any other player in baseball history.

Secure Nolan Ryan for Your Event

Based on your interest in Nolan Ryan as a speaker or for a personal appearance, Direct Sportslink has provided you additional links below for other sports talent with similar appearance fees, speaker topics, and categories that match Nolan Ryan.