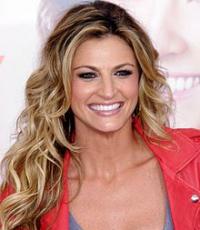 Andrews began working for ESPN in May 2004 as a reporter for ESPN National Hockey Night. She has also reported for the College World Series, Little League World Series, and Great Outdoor Games. Andrews began serving as a sideline reporter for ESPN College Football Saturday Primetime and Big Ten college basketball games, and in 2005 her job expanded to include ESPN College Football Thursday Primetime and Major League Baseball sideline reporting.

On June 29, 2012, it was announced that Andrews was leaving ESPN to join Fox Sports. She has served as the host of Fox College Football's studio show. Andrews has also been a contributor on Fox NFL Sunday and serves as a field reporter for most major sporting events aired on Fox - such as the MLB All-Star Game, the World Series, the NFL Playoffs, and Daytona 500.

Andrews became a spokesperson for the Kraft Foods Huddle to Fight Hunger campaign in 2010 which aimed to raise $2.86 million for Feeding America. In May 2011 she co-hosted the Music Builds: CMT Disaster Relief Concert on the CMT network to raise money for the American Red Cross in response to the April 27th tornadoes in the Southern United States.

Secure Erin Andrews for Your Event

Based on your interest in Erin Andrews as a speaker or for a personal appearance, Direct Sportslink has provided you additional links below for other sports talent with similar appearance fees, speaker topics, and categories that match Erin Andrews.