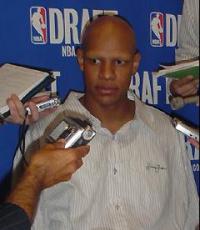 In his first year at UConn, Villanueva was named to the Big East All-Rookie Team and was a key reserve member of the 2004 NCAA National Championship team. Villanueva was a member of the gold medal-winning United States 21-and-under team at the 2004 FIBA World Championships. In his sophomore season at UConn he averaged 13.6 points and 8.3 rebounds, leading the team in scoring and receiving team MVP and Second Team All-Big East honors. Villanueva elected to enter the 2005 NBA Draft after two years at UConn.

Villanueva enjoyed a successful rookie season, averaging 13.0 points and 6.4 rebounds in 81 games, 36 as a starter with the Raptors. He ranked second among all rookies in points & rebounds; and third in blocks & minutes. His rookie campaign was further highlighted by an appearance in the T-Mobile Rookie Challenge at Houston All-Star Weekend, NBA Rookie of the Month honors for the month of December 2005, and a spot on the All-NBA Rookie First Team.

Villanueva has become a spokesman for the NAAF (National Alopecia Areata Foundation) to help others growing up with the same condition. Villanueva was given the 2005 Toronto Raptors' Community MVP Award, and in March 2006, the NBA recognized his efforts by giving him the league's Community Assist Award for the month of February.

Villanueva was traded to the Milwaukee Bucks after the 2005-2006 season. In June of 2009, Charlie signed a deal to play with the Detroit Pistons.

Secure Charlie Villanueva for Your Event

Based on your interest in Charlie Villanueva as a speaker or for a personal appearance, Direct Sportslink has provided you additional links below for other sports talent with similar appearance fees, speaker topics, and categories that match Charlie Villanueva.