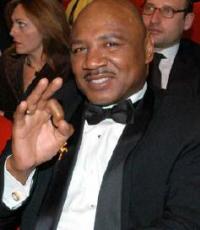 He is one of the all-time great boxers; He is inducted into the International Boxing Hall of Fame in 1993
Fee Range: Contact Us
Secure Marvin Hagler
for Your Event

Marvelous Marvin Hagler, was the number one ranked Middleweight boxer for many years before he could fight for the title. He often had to travel to his opponents' hometowns to get fights, and he even boxed against the best that the city of Philadelphia had to offer. He lost decisions to Willie Monroe and Bobby 'Boogaloo' Watts, and had to suffer while watching less deserving challengers receive title shots against Carlos Monzon and Hugo Corro.

This served for Hagler to build upon a character that was as tough as steel, but with a soft spot in his heart toward his fans. Hagler avenged his 2 defeats by knocking out Monroe and Watts in rematches, and won a 10 round decision over Bennie Briscoe in a classic Philadelphia confrontation, and by this time he had made fans in both Massachusetts and Philadelphia. Finally, in November 1979, Hagler was in the ring with a world Middleweight champion. Vito Antuofermo gave Hagler a shot, and the fight turned into a Middleweight classic. One of the greatest championship bouts in Middleweight history was unfortunately marred by controversy, and Hagler had to settle for a draw or tie. This only added to Hagler's frustrations.

Hagler proved a busy world champion and he defeated future world champion Fulgencio Obelmejias by a knockout in 8, and then former world champ Antuofermo in a rematch by knockout in 5, both at the Boston Garden. By then, Hagler was a staple on HBO, which was the Pay Per View of its time. A super-fight vs Roberto Duran followed and Duran was the first challenger to last the distance with Hagler in a world championship bout, but he lost a unanimous 15 round decision. Hagler and Thomas Hearns met in what was billed as The War. In a sensational slugfest, Hagler survived one of the best first rounds in history and won by an electryfing 3 round knockout.

After his defense vs Hearns and before his fight with Mugabi, Hagler changed his name legally to Marvelous Marvin Hagler and made a few commercials, most notably a commercial for Pizza Hut and later Gillette. He enjoyed his fame and relished the fact that after so many years in the background, he was finally a household name.

He was inducted into the International Boxing Hall Of Fame in 1993.

Secure Marvin Hagler for Your Event

Based on your interest in Marvin Hagler as a speaker or for a personal appearance, Direct Sportslink has provided you additional links below for other sports talent with similar appearance fees, speaker topics, and categories that match Marvin Hagler.