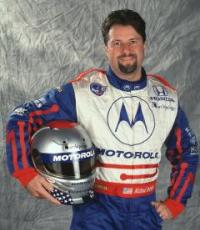 Michael Andretti started his racing career at the wheel of a 1980 Formula Ford. In 1981, he won six of the 11 Super Vee races and went on to win the championship. After that, he went into Formula Atlantic, where he won the Formula Atlantic Championship. During that same year, he made his IndyCar debut and also finished third in the Le Mans 24 Hours.

In 1985, he won the Indianapolis Rookie of the Year award. He went on to win his first Indy race in 1986, finishing as championship runner-up that year and the next year he took his sole IndyCar championship in 1991.

Secure Michael Andretti for Your Event

Based on your interest in Michael Andretti as a speaker or for a personal appearance, Direct Sportslink has provided you additional links below for other sports talent with similar appearance fees, speaker topics, and categories that match Michael Andretti.