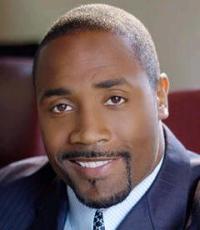 He won back-to-back national championships at Nebraska; He played ten seasons in the NFL, all with the Carolina Panthers
Fee Range: $5,000 - $10,000
Secure Mike Minter
for Your Event

Minter attended the University of Nebraska on a football scholarship, where he was a member of national championship teams in 1994 and 1995. Minter graduated from Nebraska with a degree in Mechanical Engineering.

Minter was selected 56th overall by the Carolina Panthers in the second round of the 1997 NFL Draft. He became the starter in the team's sixth game of his rookie season, remaining there for the rest of his career.

In Carolina's appearance in the Super Bowl against the New England Patriots in 2003, Minter ranked second on defense and equalled a career high of 18 tackles. Despite breaking his left foot in the third quarter, he stayed in the rest of the game.

In his ten years in the NFL, all with the Panthers, Minter made 953 tackles, had 9.5 sacks, forced 15 fumbles, recovered 8 fumbles, and recorded 18 interections. He also scored four defensive touchdowns. He was a team captain for six of his years with Carolina.

Minter retired with team records for game starts (141) and consecutive starts (94), as well as for fumble recoveries and interceptions resulting in touchdowns.

Following his NFL career, Minter has been quite active in the community. He has contributed significant donations to the YMCA and other local charities, such as the Ruckus House Foundation, which functions to help college students reach their dreams of becoming educators through scholarships.

Minter is also the spokesperson for many reputable charitable organizations, including the Kidney Foundation, The National Guard Youth Challenge program, the Salvation Army, and the Boys and Girls Club. He is a member of the Metropolitan Board of the YMCA of Greater Charlotte, and donates funds consistently to ensure that programs for local children can continue.

Secure Mike Minter for Your Event

Based on your interest in Mike Minter as a speaker or for a personal appearance, Direct Sportslink has provided you additional links below for other sports talent with similar appearance fees, speaker topics, and categories that match Mike Minter.