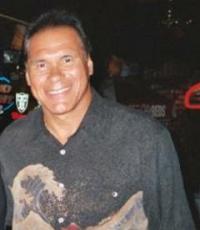 Jim Plunkett for Waddell and Reed 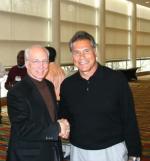 Waddell and Reed has trusted Direct Sportslink to secure numerous sports celebrities for them, including Jim Plunkett. Jim was fantastic, signing over 150 footballs, speaking to their group, and meeting many of their guests. One of only 4 people to ever win a Super Bowl MVP and Heisman Trophy, Jim can certainly talk about what it takes to be a champion.

Plunkett was awarded the 1970 Heisman Trophy in his senior season given annually to the top college football player in the country. Though he had set so many records on the season, 1970 had been the "Year of the Quarterback," and Plunkett beat out Notre Dame's Joe Theismann and Archie Manning of Ole Miss to win the award. Aside from the Heisman, he captured the Maxwell Award for the nation's best quarterback and was named player of the year by United Press International, The Sporting News, and Sport Magazine.

In 1971 he was drafted with the 1st overall pick in the NFL draft by the New England Patriots, and won NFL Rookie of the Year honors.  In 1976 he was traded to the San Francisco 49ers, and led the team to a 6-1 start before faltering to an 8-6 record. The 49ers released him during the 1978 preseason.

Plunkett then joined the Oakland Raiders in 1978. In his first game, he completed eleven of fourteen passes with a touchdown and no interceptions, beginning one of the greatest comeback stories in the history of sport. Plunkett guided Oakland to a wild-card berth with nine victories in eleven games and an appearance in the playoffs, then helped win three playoff games and capped the stunning resurgence by leading the Raiders to a win in Super Bowl XV. Throwing for 261 yards and three touchdowns, Plunkett was named the game's MVP in the 27-10 victory over the Philadelphia Eagles.

He retired after the 1986 season, and is one of the leading passers in Raiders history.

Secure Jim Plunkett for Your Event

Based on your interest in Jim Plunkett as a speaker or for a personal appearance, Direct Sportslink has provided you additional links below for other sports talent with similar appearance fees, speaker topics, and categories that match Jim Plunkett.