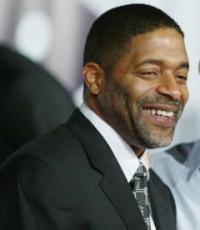 On January 27, 2001, during the halftime of a game against Xavier University, the Duquesne University Department of Athletics retired the jerseys of five of its all-time greatest players, including Nixon's #10.

Nixon was the 22nd overall pick in the 1977 NBA Draft by the Los Angeles Lakers. He played for the Lakers for six successful season and helped them to win NBA championships in 1980 (4-2) and 1982 (4-2), both against the Philadelphia 76ers.

After retiring from the NBA, Nixon became a sports agent representing such clients as Doug Edwards, Samaki Walker, and Jalen Rose. Nixon has concentrated on several other business ventures as well. He served one season doing radio commentary for the Clippers, as well as doing analyst work for KABC-TV's post game coverage of American Broadcasting Company NBA telecasts from 2005 to 2007.

Secure Norm Nixon for Your Event

Based on your interest in Norm Nixon as a speaker or for a personal appearance, Direct Sportslink has provided you additional links below for other sports talent with similar appearance fees, speaker topics, and categories that match Norm Nixon.