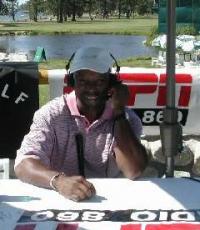 Coleman played for the St. Louis Cardinals, New York Mets, Kansas City Royals, Seattle Mariners, Cincinnati Reds and Detroit Tigers. Primarily a left fielder, Coleman played from 1985-1997 and set a number of stolen base records. He was a switch-hitter and threw right handed.

Coleman began setting records as a minor leaguer. At the time of his retirement, he held the all-time professional mark for stolen bases in a single season with 145 for Macon of the South Atlantic League in 1983. Two years later, he stole 110 stolen bases in 1985. He stole over 100 bases in each of the following two seasons as well, making him the only player in the 20th Century to post three consecutive seasons of 100 or more steals. Before signing as a free agent with New York, Coleman led the National League in stolen bases in every season he played with the Cardinals (1985-1990), becoming one of just four players at the time to ever to lead his league in six consecutive seasons. The other players to accomplish this feat are Rickey Henderson, Luis Aparicio, and Maury Wills.

Coleman compiled the best season of his major league career in 1987, when he posted a .289 batting average and a .363 on base percentage while totaling 180 hits, 109 stolen bases, and 121 runs scored. He played in the World Series that year, the first of two he would appear in.

In only eleven seasons, he had 752 stolen bases.

Secure Vince Coleman for Your Event

Based on your interest in Vince Coleman as a speaker or for a personal appearance, Direct Sportslink has provided you additional links below for other sports talent with similar appearance fees, speaker topics, and categories that match Vince Coleman.