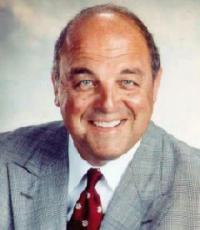 He is the winningest college football coach in the University of Wisconsin history
Fee Range: $10,000 - $20,000
Secure Barry Alvarez
for Your Event

Since becoming head coach of the Badgers, he has become the winningest coach in school history, leading the Badgers to three Big Ten championships and three Rose Bowl victories. Alvarez replaced Pat Richter as Athletic Director at the University of Wisconsin in 2004.

Alvarez concluded his career at Wisconsin with a win over Auburn in the 2006 Capital One bowl, running his all-time record at Wisconsin to 118-73-1, with three Rose Bowl wins and a career 8-3 record in bowl games.

Former college coaches can be ideal for motivational speaker requests or keynote speaking engagements since they are comfortable motivating individuals and teams. If you have a sales conference or need someone to inspire your group Barry Alvarez is available for speaking engagements.

Barry Alvarez made multiple appearances with his Wisconsin teams in bowl games throughout his coaching career, most notably taking his team to several Rose Bowl appearances and wins.

Of all the celebrity endorsement options in

Barry Alvarez would be one of the most coveted spokespeople. His popularity is statewide.

Secure Barry Alvarez for Your Event

Based on your interest in Barry Alvarez as a speaker or for a personal appearance, Direct Sportslink has provided you additional links below for other sports talent with similar appearance fees, speaker topics, and categories that match Barry Alvarez.