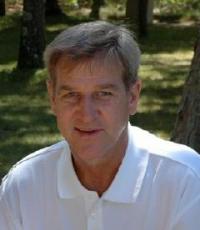 A Bobby Orr personal appearance, Bobby Orr speaking engagement, or Bobby Orr endorsement will reflect well on your company. To hire Bobby Orr now for any corporate appearance, fundraiser, motivational speaker event, personal appearance, autograph signing, or website endorsement please contact our celebrity agents at 1-877-6-SPORTS. We will contact Bobby Orr or contact Bobby Orr's agent and provide you with the booking fees and availability immediately upon your request. Direct Sportslink is the only sports speakers bureau and talent booking agency based in the United States securing only sports talent for corporations, associations, and organizations for motivational speaking engagements, personal appearances, and endorsements. We are the premier sports celebrity booking agency and a sports celebrity procurement expert. Accordingly, we will provide you with any relevant Bobby Orr website information and booking agent details so that you can hire Bobby Orr for your next event.

When Orr was 14, the Boston Bruins made arrangements for him to play with the Oshawa Generals in the metro Junior A League. He continued to live at home and commute to each game. Though he didn't attend a single practice with the team, Orr was selected to the league's Second All-Star Team. All the speedy youngster required was size to make him a bona fide star. He was 5'6" and 135 pounds at 14. The next year, when he moved to an Oshawa high school and played in the Ontario junior league, he was 5'9" and 25 pounds heavier. By the time his junior career was over - when he was all of 17 and a man playing with boys - he was a sturdy 6' and almost 200 pounds. The phenomenon Boston fans had been reading about since he was a freckle-faced kid with a brushcut was ready to enter the professional game.

Orr won his first Stanley Cup in 1970 and it was with a flourish only he could manage. His Bruins, a team that  hadn't won the Cup in 29 years, were attempting to sweep the St. Louis Blues in the finals. Game four went into overtime. Orr had taken Derek Sanderson's pass from the corner and flashed in front of the net to bury it behind Blues goalie Glenn Hall. As Orr streaked past the net, he was upended by defenseman Noel Picard. Orr jumped, or flew, as he saw the puck beat Hall and the arena erupted. The resulting picture, with Orr's arms raised and his body floating three feet above the ice, was in newspapers and magazines around the world. Orr was awarded the Conn Smythe Trophy as the playoffs' most valuable player, an award he would win when Boston again won the title in 1972, again with the Cup-winning goal coming off Orr's stick.

Orr revolutionized the sport with his scoring ability and playmaking from the blue line. Other defenders, beginning as early as Lester Patrick in the nascent days of the game, had been offensive threats, but Orr dominated. He won two scoring titles, the only defender to accomplish that feat, and had career season highs of 46 goals and 102 assists. More than just statistics, Orr had the ability to control the game, to take over. He had the speed to float away from defenders and also to recover should he lose possession or get caught on a rush. Often, odd-man rushes in the other team's favour were reversed by his effortless strides. Some argued that he wasn't defensively sound, but hockey people rejected these claims.

For eight consecutive seasons Orr won the Norris Trophy as the best defenseman and three times he was the league's most valuable player to collect the Hart Trophy. Orr's plus-minus rating when he was at his best was untouchable at plus-124 in 1970-71, when he scored 139 points.

ve him permission to play. Having missed all of the Summit Series, the Canada Cup proved to be Orr's only major appearance in a competition against the best the world had to offer. He was outstanding in the Canadian team's run to the championship. He was co-leader of the team in scoring, finishing the seven games tied with another great defender, the New York Islanders' Denis Potvin, with nine points. Orr was selected to the tournament All-Star team and capped the experience with the most valuable player award.

Orr was inducted into the Hockey Hall of Fame in 1979. He has worked as a hockey agent for many years since retiring.

Secure Bobby Orr for Your Event

Based on your interest in Bobby Orr as a speaker or for a personal appearance, Direct Sportslink has provided you additional links below for other sports talent with similar appearance fees, speaker topics, and categories that match Bobby Orr.