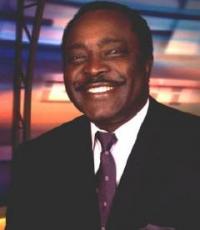 He is considered by many as one of the greatest second baseman to have ever played; He was inducted into the Baseball Hall of Fame in 1990
Fee Range: $20,000 - $30,000
Secure Joe Morgan
for Your Event 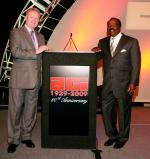 There's not a more popular former or current Cincinnati Reds player than Joe Morgan. ACI's members can remember the days of the Big Red Machine well and Joe was a great choice for ACI to increase attendance for their annual membership dinner. Direct Sportslink also secured Lee Corso for ACI.

Morgan was signed by the Houston Colt .45s as an amateur free agent in 1962 but spent much of his career with the Cincinnati Reds.  After joining The Big Red Machine, Morgan's career reached a new level. This includes eight consecutive All-Star Game appearances (1972-1979) to go along with his 1966 and 1970 appearances with Houston.

Morgan, along with teammates Pete Rose, Johnny Bench, Tony Perez and Dave Concepción, led the Reds to consecutive championships in the World Series. Morgan was also the National League MVP in 1975 and 1976.

As a hitter, Morgan was extremely capable. While his lifetime average was only .271, he hit between .288 and .327 during his peak years with the Reds, and drew a great many walks throughout his career, resulting in a superb .392 on base percentage. He also hit 268 home runs and 545 doubles and triples, excellent power for a middle infielder of his era, and was considered the finest base stealer of his generation (689 steals at greater than 80% success rate). Besides his prowess behind the plate and on the bases, Morgan was an exceptional infielder winning the Gold Glove Award from 1972 to 1976. In his Historical Baseball Abstract, Bill James named Joe Morgan the best second basemen in baseball history.

In 1999, he ranked Number 60 on The Sporting News' list of the 100 Greatest Baseball Players, and was nominated as a finalist for the Major League Baseball All-Century Team.

In his broadcasting career, he was awarded a CableACE award in 1990 and Emmy awards for sports analysis in 1998 and 2005. Joe accepted a position with the Cincinnati Reds in 2010 and spends time overseeing Joe Morgan Honda in Monroe, Ohio. Visit the Official Website of Joe Morgan for Joe Morgan Appearances, Joe Morgan Speaking Engagements, and Joe Morgan Endorsements.

Secure Joe Morgan for Your Event

Based on your interest in Joe Morgan as a speaker or for a personal appearance, Direct Sportslink has provided you additional links below for other sports talent with similar appearance fees, speaker topics, and categories that match Joe Morgan.