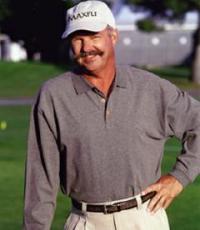 He is a retired PGA golfer who has spent much of his post golf career as a well known golf analyst
Fee Range: $20,000 - $30,000
Secure Gary McCord
for Your Event

Gary McCord for City of Hope 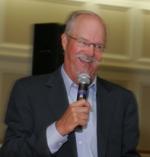 Gary McCord was the ideal speaker choice for City of Hope's event talking about his life on and off the golf course. He shared humorous stories during the dinner speech with a golf centric audience entertained by his knowledge of the game and experience broadcasting top golf events. To view the Gary McCord speaking engagement and appearance testimonial please see below.

Gary McCord was a big hit last night - he can really tell a story. He was very interactive with our customers and they enjoyed him. Thanks again!

As a player, Gary McCord has had a breathtaking lack of success, playing the PGA Tour 20 years without a win. His best finish was a second at the Greater Milwaukee Open in 1975. His second best finish was a tie for second at the Greater Milwaukee Open in 1977. In McCord's own words, his playing career has been "pathetic - it started slowly and tapered off from there."

Realizing that he was no Jack Nicklaus, Gary McCord dared to be different. He grew a handle bar mustache and learned magic tricks so that he could perform for corporate guests. He cultivated the "idiot, wacko, brain dead" personality that set him apart from other tour players and won him a job as a CBS TV analyst.

That career as a golf media personality began when Frank Chirkinian, the producer of CBS golf, took a chance on McCord's bizarre and irreverent creativity.

Gary McCord explains, "In 1985, I was on a flight to the Memorial Tournament at Muirfield Village. I was in coach with the common folk, wondering why Einstein never solved the unified field problem, when the plane went into a slight descent to avoid bad weather. The CBS television people were up front, and since it was downhill, I decided to see what was going on. I wasn't playing in the tournament, and I soon found myself telling Frank Chirkinian that, if he'd pay my motel bill, I'd do anything to learn more about television coverage. A couple of days later, Frank told me to go down to the 16th hole and sit with Verne Lundquist." There McCord was handed a headset and told he was a color commentator with but 15 minutes preparation.

He is well known for his work for CBS on during their PGA golf coverage, including being rated over his career as the best hole announcer.

Quite surprisingly, McCord has become a better player since moving to the broadcast booth. In 1991, he won a Hogan Tour event in Florida, the Gateway Classic, by a wide margin. In 1992, he had his second best year on the PGA Tour with over $64,000 in a limited number of tournament appearances. Gary McCord gives much of the credit for his improved play to Mac O'Grady, a friend and fellow golfer. Together they've tried to find an easy way to play the game that's easy on the brain. A number of other tour players - Chip Beck, Dan Forsman, Tom Purtzer, Steve Elkington, Jodie Mudd, and Tom Sieckmann - have enjoyed considerable success since working with McCord and O'Grady.

McCord has also written two books, Just a Range Ball in a Box of Titleists and Golf for Dummies. In 1996, he appeared as himself in the Kevin Costner movie Tin Cup. He is partners with Peter Kostis in the Kostis/McCord Learning Center in Scottsdale, Arizona. He has also been a co-announcer on the EA Sports' Tiger Woods PGA Tour series along with David Feherty.

Secure Gary McCord for Your Event

Based on your interest in Gary McCord as a speaker or for a personal appearance, Direct Sportslink has provided you additional links below for other sports talent with similar appearance fees, speaker topics, and categories that match Gary McCord.