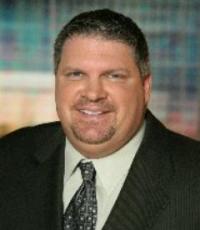 He is a former three-time MLB All-Star; His post playing career work has included many years as an analyst for ESPN's MLB coverage
Fee Range: $20,000 - $30,000
Secure John Kruk
for Your Event

A John Kruk personal appearance, John Kruk speaking engagement, or John Kruk endorsement will reflect well on your company. To hire John Kruk now for any corporate appearance, fundraiser, motivational speaker event, personal appearance, autograph signing, or website endorsement please contact our celebrity agents at 1-877-6-SPORTS. We will contact John Kruk or contact John Kruk's agent and provide you with the booking fees and availability immediately upon your request. Direct Sportslink is the only sports speakers bureau and talent booking agency based in the United States securing only sports talent for corporations, associations, and organizations for motivational speaking engagements, personal appearances, and endorsements. We are the premier sports celebrity booking agency and a sports celebrity procurement expert. Accordingly, we will provide you with any relevant John Kruk website information and booking agent details so that you can hire John Kruk for your next event.

He was dealt to the Philadelphia Phillies during the 1989 season, and he blossomed into an All-Star as the team used him primarily at first base. Kruk played in the All-Star Game in 1991, 1992, and 1993. Moving to the American League to serve as a designated hitter, Kruk signed with the Chicago White Sox after playing for the Phillies. On July 30, 1995, in a game at Baltimore's Camden Yards stadium, Kruk singled and took himself out of the game. He left the ballpark never to play again. He finished his 10-year career with exactly a .300 batting average and exactly 100 home runs.

A quotable character throughout his career who later wrote a book called I Ain't an Athlete, Lady published in 1994, Kruk turned to broadcasting and commenting on the game. He has since worked for FOX, The Best Damn Sports Show Period, and in 2004, he was hired by ESPN as an analyst on Baseball Tonight.

Kruk coached the National League team in the Taco Bell All-Star Legends and Celebrity Softball Game in 2010. He also was also a commentator on the video game MLB 2k10, 2k11, and 2k12.

Secure John Kruk for Your Event

Based on your interest in John Kruk as a speaker or for a personal appearance, Direct Sportslink has provided you additional links below for other sports talent with similar appearance fees, speaker topics, and categories that match John Kruk.