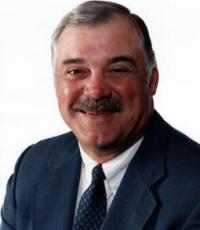 An All-American fullback at Syracuse University in 1967, the 6-foot-3, 235-pound Csonka was nicknamed the "Lawnmower" because of his rugged, low-to-the-ground running style.

As a member of the Miami Dolphins, Csonka put up good numbers in his first three seasons with three straight seasons of more than 1,000 yards rushing. He led the NFL with a 5.4-yard average in 1971, when he gained 1,051 yards.

The Dolphins won all 17 of their games in 1972, including the Super Bowl. Csonka and Morris became the first teammates ever to gain more than 1,000 yards apiece that season, and Csonka led all rushers with 112 yards on 15 carries, a 7.5-yard average, in Miami's 14-7 win over the Washington Redskins in the Super Bowl.

He was named the game's most valuable player when the Dolphins beat the Minnesota Vikings in the Super Bowl the following year. He rushed for, at that time, a Super Bowl record 145 yards on 33 carries and scored 2 touchdowns. Minnesota quarterback Fran Tarkenton said afterward, "In all my years, I've never seen any fullback play any better than he did."

Secure Larry Csonka for Your Event

Based on your interest in Larry Csonka as a speaker or for a personal appearance, Direct Sportslink has provided you additional links below for other sports talent with similar appearance fees, speaker topics, and categories that match Larry Csonka.