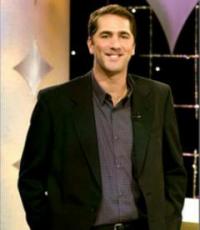 He is a legend in the world of poker and gambling as player, author, and commentator: He helped design the worldwide popular online poker cardroom Full Tilt Poker
Fee Range: $20,000 - $30,000
Secure Phil Gordon
for Your Event

Before starting his poker career, he graduated from Georgia Tech with a degree in computer science in 1991. After stints working at Santa Cruz Operation and Lockheed, Gordon joined start-up Netsys Technologies as their first hired employee. In 1996 Netsys was acquired by Cisco Systems, and in 1997 he retired from the high-tech industry to travel the world.

He first entered the World Series of Poker (WSOP) $10,000 no limit hold'em main event in 2001 and finished 4th, winning $400,000 and a spot on the Travel Channel documentary ("Inside the World Series of Poker"). He had two WSOP final table appearances at the 2002, and won the Pro Division of the World Poker Tour (WPT) inaugural tournament in Aruba, before losing to the amateur division's winner Juha Helppi.

In March 2004, he knocked out two players at once (one of whom was Chris Moneymaker) to win the WPT's "Bay 101 Shooting Stars" tournament. In July 2004, Gordon helped design a worldwide popular online poker cardroom, Full Tilt Poker, where he sometimes can be found playing. As of 2011, Gordon's total live tournament winnings exceed $1,000,000.

He is also the author of three books on poker, including Poker: The Real Deal and Phil Gordon's Little Green Book: Lessons and Teachings in No Limit Hold 'em. He has released a DVD, Final Table Poker.

Secure Phil Gordon for Your Event

Based on your interest in Phil Gordon as a speaker or for a personal appearance, Direct Sportslink has provided you additional links below for other sports talent with similar appearance fees, speaker topics, and categories that match Phil Gordon.