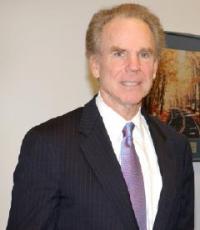 He won the 1963 Heisman Trophy; He quarterbacked the Dallas Cowboys to two Super Bowl wins; He is a member of the Pro Football Hall of Fame
Fee Range: $30,000 - $40,000
Secure Roger Staubach
for Your Event

After one year at New Mexico Military Institute, Staubach played quarterback for the United States Naval Academy. In his junior season of 1963, he won the Heisman Trophy and the Maxwell Award, while leading the Midshipmen to a 9-1 record and a final ranking of #2 in the nation. In his 3 seasons at Navy, he completed 292 of 463 passes, with only 19 interceptions. In 1981, Staubach was enshrined in the College Football Hall of Fame.

He was drafted in 1964 by the Dallas Cowboys, but due to his military commitment, did not begin playing until 1969 as a 27 year old rookie. In 1971, he assumed the full-time quarterbacking duties for the Cowboys and led them to their first Super Bowl victory ever, a 24-3 victory over the Miami Dolphins. He was named Most Valuable Player of Super Bowl VI on January 16, 1972. He played with the Cowboys until 1979. Staubach was a 6-time Pro-Bowler, and led the Cowboys to two Super Bowl wins.

Staubach was one of the most exciting NFL players of the 1970's. Known as "Roger The Dodger" for his scrambling abilities and "Captain Comeback" for his many fourth quarter heroics.  Perhaps his most famous moment was the "Hail Mary Pass" in the 1975 playoff game against the Minnesota Vikings. With seconds on the clock and the Cowboys trailing 14-10, Staubach launched a 50-yard bomb to wide receiver Drew Pearson, who caught the pass and strode into the end zone for a 17-14 victory. After the game, Staubach quipped he prayed a "Hail Mary" before throwing the pass. The moment has been emblazoned in football folklore ever since.

He retired from football in 1979, as the highest rated passer of all time, and was elected to the Pro Football Hall of Fame in 1985. Staubach has jointly owned Hall of Fame Racing, a NASCAR Nextel Cup team, with fellow former Cowboy Troy Aikman, which will begin racing for the 2006 season.

Secure Roger Staubach for Your Event

Based on your interest in Roger Staubach as a speaker or for a personal appearance, Direct Sportslink has provided you additional links below for other sports talent with similar appearance fees, speaker topics, and categories that match Roger Staubach.