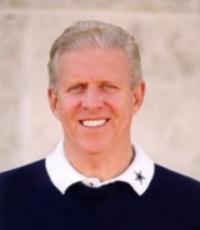 Parcells led the Giants to a second Super Bowl in 1990. The Giants began the 1990 season 10-0, and finished 13-3, but lost Phil Simms to injury late in the season. Playing with a back-up quarterback in Jeff Hostetler and a 33-year-old veteran running back in Ottis Anderson, the Giants overcame the Chicago Bears in the divisional playoff, 31-3, and won in dramatic, come-from-behind fashion over San Francisco, 15-13, in the NFC Championship on a last-second 41-yard field goal by Matt Bahr which was set-up by a turnover caused by the formidable Big Blue defense.

Super Bowl XXV proved equally exciting as the Giants used tough defense, and a ball-control and power-running Erhardt - Perkins style offense to stop the Buffalo Bills, 20-19, whose own last-second 47-yard field goal attempt by Scott Norwood missed wide right. This was considered to be Parcells' greatest victory, since the Giants were overcoming injuries and the Bills were considered to be nearly unstoppable that year. Parcells retired from football after Super Bowl XXV due to health problems.

Following retirement, Parcells spent time as a football analyst for NBC Sports from 1991-1992, working as a studio commentator. He also hosted a local sports show in New York with Mike Francesa entitled Around the NFL.

After a two-year hiatus, Parcells returned to the NFL in 1993 as the head coach for the New England Patriots. Within two years, Parcells coached the team to a 10-6 record and its first playoff game in eight years. In 1996, he guided the Patriots to Super Bowl XXXI but lost to the Green Bay Packers, 35-21, in New Orleans.

Parcells has had extraordinary success in grooming his assistant coaches for eventual head coaching positions of their own. Below are a few Parcells assistants who became head coaches in either the NFL or the college ranks:

He was inducted in the Pro Football Hall of Fame in 2013.

Secure Bill Parcells for Your Event

Based on your interest in Bill Parcells as a speaker or for a personal appearance, Direct Sportslink has provided you additional links below for other sports talent with similar appearance fees, speaker topics, and categories that match Bill Parcells.