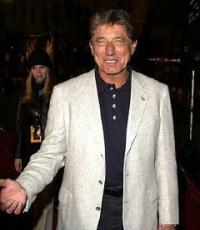 Nicknamed Broadway Joe, he is one of the most popular quarterbacks to ever play in the NFL; He quarterbacked Alabama to a National Championship
Fee Range: $75,000 - $100,000
Secure Joe Namath
for Your Event

Joe Namath is a former NFL star quarterback for the New York Jets and the Los Angeles Rams in the 1960s and the 1970s. He is best known for predicting his team's unlikely victory in the third AFL-NFL World Championship Game, over Don Shula's NFL Baltimore Colts.

At Alabama, Namath played under the legendary coach Paul "Bear" Bryant from 1962-64. During this period the Crimson Tide returned to being a national force in college football, being led by Namath to a National Championship.

Despite having suffered a serious knee injury in his senior year, Namath was the number-one draft pick in the AFL the year he graduated from Alabama, and signed a contract with the AFL's New York Jets the day after starring in the Orange Bowl.

The apex of his career was his stellar performance in the Jets' January 1969 win over the Colts in the World Championship Game, now referred to as Super Bowl III. Three days before the game, the underdog Namath responded to a heckler with the now-famous line: "The Jets will win on Sunday, I guarantee it." His words made headlines across the country and he wound up as the game's MVP. He retired with a record of 77 wins, 108 losses, and 3 ties. In his career he threw 173 touchdowns and 220 interceptions.

Namath's nickname was "Broadway Joe" and he originated the fad of wearing a full-length fur coat on the sidelines, a habit which was adopted by many players after him. He also appeared in many television advertisements, most notably for shaving cream (in which he was shaved by Farrah Fawcett) and pantyhose; they contributed to his becoming something of a pop-culture icon. He has appeared in advertising as recently as 2003.

Secure Joe Namath for Your Event

Based on your interest in Joe Namath as a speaker or for a personal appearance, Direct Sportslink has provided you additional links below for other sports talent with similar appearance fees, speaker topics, and categories that match Joe Namath.