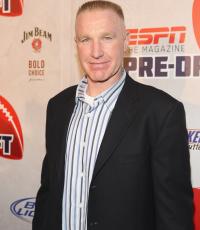 Mullin played shooting guard and small forward in the NBA from 1985 to 2001. After playing at St. John's University, during which he won Big East Men's Basketball Player of the Year three times and was a member of the 1984 U.S.A. Men's Olympic Basketball team, Mullin was chosen as the seventh pick by the Golden State Warriors in the first round of the 1985 NBA Draft.

Secure Chris Mullin for Your Event

Based on your interest in Chris Mullin as a speaker or for a personal appearance, Direct Sportslink has provided you additional links below for other sports talent with similar appearance fees, speaker topics, and categories that match Chris Mullin.