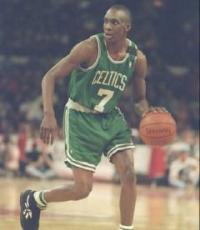 A Dee Brown personal appearance, Dee Brown speaking engagement, or Dee Brown endorsement will reflect well on your company. To hire Dee Brown now for any corporate appearance, fundraiser, motivational speaker event, personal appearance, autograph signing, or website endorsement please contact our celebrity agents at 1-877-6-SPORTS. We will contact Dee Brown or contact Dee Brown's agent and provide you with the booking fees and availability immediately upon your request. Direct Sportslink is the only sports speakers bureau and talent booking agency based in the United States securing only sports talent for corporations, associations, and organizations for motivational speaking engagements, personal appearances, and endorsements. We are the premier sports celebrity booking agency and a sports celebrity procurement expert. Accordingly, we will provide you with any relevant Dee Brown website information and booking agent details so that you can hire Dee Brown for your next event.

A 6'1" guard from Jacksonville University, Brown was selected by the Celtics with the 19th pick of the 1990 NBA Draft. He was a member of the NBA All-Rookie Team in his first year, when he played in all 82 games and averaged 8.7 points per game. One of the highlights of his career occurred in 1991, when he won the NBA Slam Dunk Contest with a "no-look" slam dunk. He was a starter for Boston in during the 1993-94 and 1994-95 seasons and posted his best scoring numbers, averaging more than 15 points per game each of those years. Overall, during his career, he scored 6,758 total points.

Brown later served roles in the Women's National Basketball Association first as a head coach for the Orlando Miracle and then as the head coach for the San Antonio Silver Stars. In 2005 he won a one-year contract as a studio analyst for ESPN as the winner of the reality show Dream Job, defeating former Houston Rocket Matt Bullard. He went on to host a ESPN show called City Slam!

In September 2011, Brown announced that he would be joining the Detroit Pistons as an assistant.

Secure Dee Brown for Your Event

Based on your interest in Dee Brown as a speaker or for a personal appearance, Direct Sportslink has provided you additional links below for other sports talent with similar appearance fees, speaker topics, and categories that match Dee Brown.