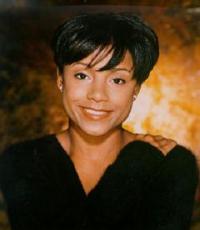 Dawes was a member of the 1996 U.S. women's gymnastics team, which won Olympic gold, known as the Magnificent Seven. She also won an individual bronze medal on the floor exercise.

Dawes was also a member of the 1992 bronze-medal-winning women's gymnastics team, and along with Betty Okino was the first black female to win an Olympic gymnastics medal in Barcelona in 1992.

In 2000, she made her third Olympic team, which traveled to Sydney and finished fourth in the team competition. In 1994, she was the National All-Around Champion, and won all four individual events.

Her explosive tumbling and energetic style earned her the nickname "Awesome Dawesome." She graduated with her Bachelor's degree from the University of Maryland, College Park in 2002.

Dawes joined the Advisory Board of Sesame Workshop's "Healthy Habits for Life" program. She was the first spokeswoman for the Girl Scouts of America's "Uniquely Me" self-esteem campaign in 2002. She served as the President of the Women's Sports Federation (2004-2006).

In June 2010, President Obama appointed Dawes to be co-chair of the newly renamed President's Council on Fitness, Sports and Nutrition, along with quarterback Drew Brees.

Secure Dominique Dawes for Your Event

Based on your interest in Dominique Dawes as a speaker or for a personal appearance, Direct Sportslink has provided you additional links below for other sports talent with similar appearance fees, speaker topics, and categories that match Dominique Dawes.