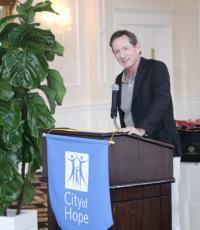 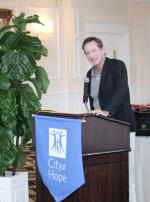 Direct Sportslink secured Hank Haney for the City of Hope's evening event in Washington, D.C. Hank spoke for about 25 minutes, met guests and answered questions. During his Q and A he correctly picked the U.S. Open winner several days in advance and offered unique insight to the game of golf like only Hank Haney could - he was a big hit with this golf scentric group.

Haney says, "My philosophy as a teacher is to teach my students to become their own best teacher by getting them to understand the flight of the golf ball and how it relates to the swing, with emphasis on swinging the golf club on their own correct swing plane".

Based on your interest in Hank Haney as a speaker or for a personal appearance, Direct Sportslink has provided you additional links below for other sports talent with similar appearance fees, speaker topics, and categories that match Hank Haney.