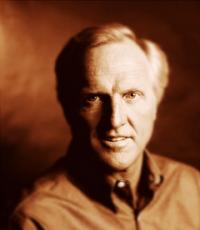 He was one of the most popular and successful golfers in the 80's and 90's; His Norman brand of wines and clothing have been widely successful
Fee Range: Above $100,000
Secure Greg Norman
for Your Event

Norman began his career as a trainee in the Royal Queensland golf shop, earning AUD 38 a week. The first professional tournament he won was the 1976 West Lakes Classic in his home country, and he soon moved on to success on the European Tour and later the PGA Tour.

Norman won The Open Championship twice, in 1986 and 1993, and also won The Players Championship in 1994 in record-setting fashion.

After Jack Nicklaus left his prime, Norman was regarded as probably the game's greatest long hitter. In his heyday, driving long and incredibly straight off the tee with a persimmon (wood) clubhead, he intimidated most of his fellow professionals. However, with the advent of the "metal-wood" by Taylor Made and other subsequent advances in golf ball & golf club technology (especially the variable face depth driver), his dominance was significantly diminished, as the "new technology" enabled less precise ball-strikers than Norman to achieve equal (or even better) results in accuracy and distance.

Norman's friendly image and articulate nature has made him a perfect spokesman for a wide range of products, including the usual array of golf equipment but extending well beyond. While continuing to play tournaments (albeit in an abbreviated schedule), his growing business interests take up an increasing amount of his time.

Secure Greg Norman for Your Event

Based on your interest in Greg Norman as a speaker or for a personal appearance, Direct Sportslink has provided you additional links below for other sports talent with similar appearance fees, speaker topics, and categories that match Greg Norman.