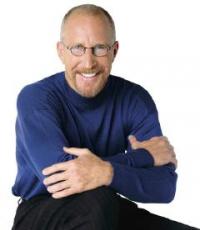 He is considered to be one of the most energetic and positive motivational speakers today combining his life's experiences in sports, television, fitness, and as a best selling author
Fee Range: $50,000 - $75,000
Secure Pat Croce
for Your Event

A Pat Croce personal appearance, Pat Croce speaking engagement, or Pat Croce endorsement will reflect well on your company. To hire Pat Croce now for any corporate appearance, fundraiser, motivational speaker event, personal appearance, autograph signing, or website endorsement please contact our celebrity agents at 1-877-6-SPORTS. We will contact Pat Croce or contact Pat Croce's agent and provide you with the booking fees and availability immediately upon your request. Direct Sportslink is the only sports speakers bureau and talent booking agency based in the United States securing only sports talent for corporations, associations, and organizations for motivational speaking engagements, personal appearances, and endorsements. We are the premier sports celebrity booking agency and a sports celebrity procurement expert. Accordingly, we will provide you with any relevant Pat Croce website information and booking agent details so that you can hire Pat Croce for your next event.

Pat Croce is an American entrepreneur, with life experiences including a position as a sports team executive and owner, author, and TV personality.

Croce began his career as a physical therapist and was a trainer for the Philadelphia Flyers for more than 10 years. He founded Sports Physical Therapists in 1984 and grew the business into a chain of 40 centers spanning 11 states before selling it in 1993 for $40 million.

He became president of the Philadelphia 76ers basketball team in 1996 as part of a group led by Flyers founder Ed Snider and Comcast Corporation that bought the team. Under their ownership, the Sixers went from last place in 1996 to the NBA Finals in 2001. He appeared on the cover of Success magazine as the first trainer to rise to an ownership position with a professional sports team. He has also been featured in Inc. and Sales & Marketing Management.

Since leaving the 76ers, Croce has appeared as a television commentator on The NBA on NBC and was a Tae Kwon Do commentator for the 2004 Summer Olympic Games. In 2004, he hosted his own syndicated self-help television show, Pat Croce: Moving In, which premiered on September 13, 2004 and was canceled in 2005.

In January 2005, he opened the $10 million Pirate Soul Museum in Key West, Florida. The museum features authentic pirate artifacts, many from Croce's personal collection. In February 2006, he opened the pirate-themed Rum Barrel restaurant next to the museum.

Croce was one of the four judges for the second season of ABC's reality television series, American Inventor, which ran from June to August. Pat Croce is considered one of the most energetic and positive motivational keynote speakers today.

In October 2011, Croce financed and served on the monumental expedition that located the shipwrecks of Sir Frances Drake.

Secure Pat Croce for Your Event

Based on your interest in Pat Croce as a speaker or for a personal appearance, Direct Sportslink has provided you additional links below for other sports talent with similar appearance fees, speaker topics, and categories that match Pat Croce.