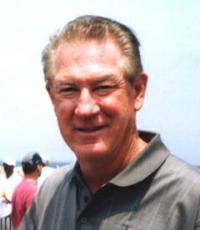 He is a member of the Basketball Hall of Fame; He won eight NBA Titles with the Boston Celtics
Fee Range: $10,000 - $20,000
Secure John Havlicek
for Your Event

Although he was an All-American in 1962, Havlicek was overshadowed at Ohio State by Jerry Lucas, a three-time All-American center. Lucas and Havlicek led Ohio State into three straight NCAA tournament finals, winning in 1960 and losing to the University of Cincinnati in both 1961 and 1962.

Drafted by the Boston Celtics, came off the bench as either a guard or a forward to add instant offense. He was quick and clever around the basket and could score from the 18- to 20-foot range with his unusual jump shot, christened the "leaping leaner" by Celtics announcer Johnny Most. Instead of leaping vertically, Havlicek jumped up and forward, inclining his body toward the basket as he shot.

Havlicek could score--he averaged 28.9 points a game in 1968-69 and was the first NBA player to score 1,000 or more points for 16 consecutive seasons--but he was also a fine defensive player, named to the NBA all-defensive team eight times.

Secure John Havlicek for Your Event

Based on your interest in John Havlicek as a speaker or for a personal appearance, Direct Sportslink has provided you additional links below for other sports talent with similar appearance fees, speaker topics, and categories that match John Havlicek.