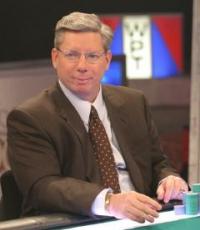 He is the main host of the World Poker Tour and often referred to as the, ambassador of poker
Fee Range: $20,000 - $30,000
Secure Mike Sexton
for Your Event

Although Sexton frequented poker tournaments, he was never able to make it to the World Series of Poker because he coached little league baseball teams and the schedules overlapped. In 1985 he moved to Nevada to pursue poker full time. As of 2010, Sexton has won several tournaments, including one World Series of Poker bracelet, and over $3.825,000 in total tournament winnings. He is also

However, Sexton is more well known for his promotion of various poker events and services. He has been the main host of the World Poker Tour and spokesman for PartyPoker.com, an online poker room. Additionally, he has written for Cardplayer Magazine and the Gambling Times.

For all his work promoting poker, Sexton is often known as the "ambassador of poker". Because of his affiliations, however, Sexton is unable to play in some poker events. On February 15, 2006, Sexton was recognized as the top poker ambassador at the Card Player Player of the Year Awards Gala. In June of the same year, he won the World Series of Poker Tournament of Champions event.

Sexton created PokerGives.org in 2009, which is a nonprofit organization that offers poker players an easier way to give to charity.

Secure Mike Sexton for Your Event

Based on your interest in Mike Sexton as a speaker or for a personal appearance, Direct Sportslink has provided you additional links below for other sports talent with similar appearance fees, speaker topics, and categories that match Mike Sexton.