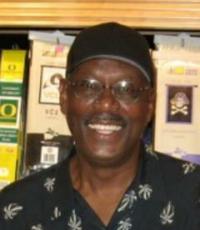 As a wide receiver, Carmichael played 13 seasons for the Philadelphia Eagles (1971-1983), and one season for the Dallas Cowboys (1984). He played college football at Southern University.

Carmichael was elected to four Pro Bowls in his NFL career, and led the league in receptions and receiving yards during the 1973 season. He finished third in receiving yards in 1978 with 1,072 and was second in receiving touchdowns in 1979 with 11. He was also the Eagles' top receiver of Super Bowl XV, with 6 catches for 91 yards. He ended his career with 590 receptions for 8,985 yards with 79 career touchdown catches, along with 64 rushing yards on 9 carries. He still ranks 18th all-time in career touchdown receptions.

Carmichael was selected to the NFL 1970s All-Decade Team by voters of the Pro Football Hall of Fame.

In 2006, Carmichael became the Director of Player Programs for the Eagles and has worked in various positions including Alumni Relations with the Eagles.

Secure Harold Carmichael for Your Event

Based on your interest in Harold Carmichael as a speaker or for a personal appearance, Direct Sportslink has provided you additional links below for other sports talent with similar appearance fees, speaker topics, and categories that match Harold Carmichael.