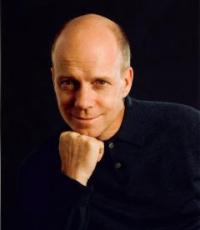 Five Speaking Topics and (Titles): 1. Cancer Survival & Issues (Making Every Moment Count); 2. Inspirational (Blessings In Disguise); 3. Motivation (How The Short Person Can Rise Above Their Expectations); 4. Sports & Achievement (What I Learned From Seven Olympics) and 5. Importance Of Life Insurance (The Meaning Of LIFE).

Clearly one of the most sought after keynote speakers and most popular figure skating stars in the world today, Scott Hamilton is an Olympic Gold Medalist, Network TV skating commentator, actor, performer, producer, Emmy Award nominee, best-selling author, role model, humanitarian, philanthropist, and a cancer and brain tumor survivor.  His motto is: "The only disability in life is a bad attitude."

During the last ten years, Scott has inspired audiences at numerous events throughout the country, speaking to a wide variety of groups and organizations about his life and overcoming adversity.  He speaks 30 to 35 times a year to audiences in size from 250 to 15,000.

As a keynote speaker, he exudes enthusiasm and inspiration.   As a figure skater, he is forever bridging the gap between sport and entertainment. As a role model, he contradicts the saying that "good guys finish last." As a humanitarian, he avails himself to any plight that will improve mankind. But, more important, as a cancer survivor he is a constant reminder that with fortitude and determination, anything is possible. Scott's much publicized bout with testicular cancer in 1997, and his November, 2004 diagnosis of a benign, non-cancerous pituitary brain tumor, from which he is successfully recovering, has touched him with a special insight into life and the human condition.

Scott recently starred in the hit movie Blades of Glory with Will Ferrell and Jon Heder. Last year, he hosted Fox's television series Skating with Celebrities and now continues to produce the legendary ice skating tour Stars on Ice.  He is a popular guest on national news shows like the Today Show, and entertainment news programs such as Access Hollywood, Inside Edition, The Insider, Extra!, E! Entertainment, the TV Guide Channel, and Entertainment Tonight; and in various national news publications like People Magazine.

As an author, Scott received notable critical praise for his New York Times best-selling autobiography Landing It (Kensington Books, October 1999), an intimate, candid, and insightful look at his professional and personal life on and off the ice.

As the winner of sixteen consecutive championships after the 1980 Winter Olympics, he was heavily favored to take the Gold medal at the 1984 Olympic Games in Sarajevo, and that is precisely what he did, despite an uncharacteristically tentative free skating routine. A month later, he went on to score a stunning victory at the World Championships in Ottawa, Canada. Shortly thereafter, in April of 1984, Scott turned professional.

To add to a remarkable list of achievements, which now includes over 70 titles, awards, and honors, in 1990, Scott was inducted into the United States Olympic Hall of Fame. In that same year, he also became a privileged member of the World Figure Skating Hall of Fame.

On March 8, 2010, Scott Hamilton: Return to the Ice premiered on the Bio Channel. The two-hour television special chronicled Scott's return to skating after battling cancer.[

Secure Scott Hamilton for Your Event

Based on your interest in Scott Hamilton as a speaker or for a personal appearance, Direct Sportslink has provided you additional links below for other sports talent with similar appearance fees, speaker topics, and categories that match Scott Hamilton.