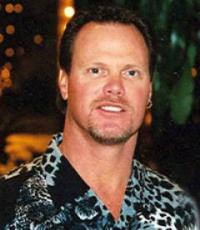 He was the starting quarterback for the 1985 Super Bowl XX Champion Chicago Bears; He finished his collegiate career at BYU with seventy-one NCAA passing records
Fee Range: $10,000 - $20,000
Secure Jim McMahon
for Your Event

It was a game in 1980 that first put Jim McMahon in the national spotlight. As a junior at BYU during the 1980 season, McMahon rung up gaudy statistics that were derided by critics as coming against weak opposition. But in the Holiday Bowl that December, McMahon led the Cougars back from a 45-25 deficit in the final 4:07 to stun Southern Methodist University, 46-45. He finished his college career with 71 NCAA records, and was selected by the Chicago Bears in the first round of the 1982 NFL Draft.

McMahon won the Bears' starting quarterback job as a rookie and was named to several All-Rookie teams when he nearly led the team to the playoffs. But it wasn't until 1984 that the Bears broke through, reaching the conference finals before losing to the San Francisco 49ers.

In 1985, the Bears won their first 12 games and finished 15-1 for the season. McMahon became a media darling not only for his outstanding play on the field, but also his personality, perhaps best summed up in a rap record made by the team, The Super Bowl Shuffle, in which he proclaims "I'm the punky QB known as McMahon." He ended the season with a strong performance in Super Bowl XX, which was won 46-10 by the Bears over the New England Patriots; McMahon earned a spot in the Pro Bowl.

He battled injuries for the rest of his career, although at one point between the 1985 and 1987 seasons, he won 23 consecutive regular-season starts. But the Bears never made it back to the Super Bowl, and McMahon was traded to the San Diego Chargers prior to the 1989 season after a fallout with coach Mike Ditka.

He managed two more full seasons as a starter, in 1991 (with the Philadelphia Eagles) and 1993 (with the Minnesota Vikings), then spent three more years as a backup. He retired following the 1996 season, in which he won a second Super Bowl ring with the Green Bay Packers.

Since retiring from football in 1997, he has worked as a restaurant owner, motivational speaker, and enjoys playing on celebrity golf tours.

Secure Jim McMahon for Your Event

Based on your interest in Jim McMahon as a speaker or for a personal appearance, Direct Sportslink has provided you additional links below for other sports talent with similar appearance fees, speaker topics, and categories that match Jim McMahon.