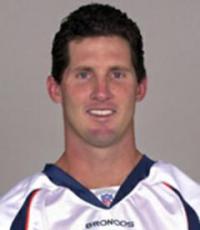 He was a member of the Super Bowl XXVII Champion Dallas Cowboys team; He holds many of the Carolina Panthers quarterback records
Fee Range: $5,000 - $10,000
Secure Steve Beuerlein
for Your Event

After retiring, Beuerlein became a CBS Sports analyst for The NFL on CBS.

Secure Steve Beuerlein for Your Event

Based on your interest in Steve Beuerlein as a speaker or for a personal appearance, Direct Sportslink has provided you additional links below for other sports talent with similar appearance fees, speaker topics, and categories that match Steve Beuerlein.