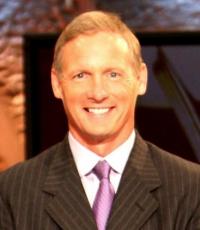 Former NFL defensive back Mike Mayock serves as an analyst and draft expert for the NFL Network. Most recently he was the in-game analyst for NFL Network’s Thursday Night Football games & spent his weekends as the game analyst on NBC's national broadcast of Notre Dame college football games.

As one of the most well-respected NFL draft experts among media, NFL front office personnel and team scouting departments, Mayock's expertise is featured within all major draft-related NFL Network programming including live coverage of the Senior Bowl, the NFL Scouting Combine, Pro-Days across the country, and of course the live NFL Draft coverage in it’s entirety.

In addition to his duties in-studio at NFL Network, Mayock has served as preseason game analyst for both the Minnesota Vikings & Philadelphia Eagles & has done wildcard playoff games for NBC.

A 10th-round pick in the 1981 NFL Draft by the Pittsburgh Steelers, Mayock then played for the New York Giants from 1982-83. He is a member of the Boston College Hall of Fame, where he captained both the football and baseball teams and graduated in 1980. Prior to his full-time broadcasting career, Mayock spent 18 years as an extremely successful, high-level commercial real estate broker.

Secure Mike Mayock for Your Event

Based on your interest in Mike Mayock as a speaker or for a personal appearance, Direct Sportslink has provided you additional links below for other sports talent with similar appearance fees, speaker topics, and categories that match Mike Mayock.