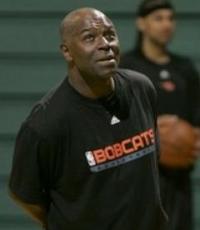 A Phil Ford personal appearance, Phil Ford speaking engagement, or Phil Ford endorsement will reflect well on your company. To hire Phil Ford now for any corporate appearance, fundraiser, motivational speaker event, personal appearance, autograph signing, or website endorsement please contact our celebrity agents at 1-877-6-SPORTS. We will contact Phil Ford or contact Phil Ford's agent and provide you with the booking fees and availability immediately upon your request. Direct Sportslink is the only sports speakers bureau and talent booking agency based in the United States securing only sports talent for corporations, associations, and organizations for motivational speaking engagements, personal appearances, and endorsements. We are the premier sports celebrity booking agency and a sports celebrity procurement expert. Accordingly, we will provide you with any relevant Phil Ford website information and booking agent details so that you can hire Phil Ford for your next event.

Ford played four years of basketball at the University of North Carolina at Chapel Hill. After his sophomore season, Ford started for the U.S. Olympic team that won the gold medal in 1976. He finished his career as the only player in Atlantic Coast Conference history to score over 2,000 points and register at least 600 assists. A consensus All-American in 1976, 1977, and 1978, he was named college player of the year by the U.S. Basketball Writers Association in 1978, when he also won the Eastman and John R. Wooden Awards.

Ford was inducted into the North Carolina Sports Hall of Fame in May 1991, and had stints as an assistant coach in the NBA with the New York Knicks and Charlotte Bobcats.

Secure Phil Ford for Your Event

Based on your interest in Phil Ford as a speaker or for a personal appearance, Direct Sportslink has provided you additional links below for other sports talent with similar appearance fees, speaker topics, and categories that match Phil Ford.