Direct Sportslink is a leading provider of Maryland sports celebrity talent for speaking engagements, personal appearances, meet and greets, fundraisers, trade shows, corporate events, autograph signings and many other events. Our database of celebrities includes talent that either currently play for or played for popular local professional sports teams such as the Baltimore Orioles or Baltimore Ravens, and local college fan favorites. 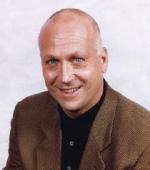 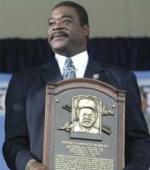 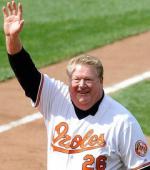 Jackie Joyner Kersee's keynote speech for the 2011 US Lacrosse Convention began and ended with a standing ovation. That's how excited the lacrosse world was to hear from Olympic track and field great Jackie Joyner-Kersee. Joyner-Kersee, who was named female athlete of the 20th century by Sports Illustrated, spoke to several thousand attendees at the Baltimore Convention Center on opening night of US Lacrosse's largest annual event. She focused her speaker remarks on the idea of dreams, and how she had to develop mental toughness required to win seven Olympic medals, including back-to-back gold in the heptathalon in the 1988 and 1992 Olympics. Read More