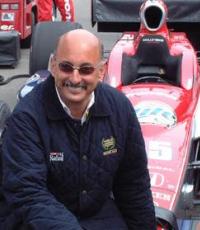 He was inducted into the International Motorsports Hall of Fame; He won the Indianapolis 500 as a driver and owner
Fee Range: Contact Us
Secure Bobby Rahal
for Your Event

As a driver, he won three CART championships (with Michael Andretti finishing as runner-up each time) and 24 races, including the 1986 Indianapolis 500. He also had success in sports car races, winning the 1981 24 Hours of Daytona, and the 1987 12 Hours of Sebring. He retired from competitive driving in 1998, ranking first in career starts, second in career earnings, third in laps led, fourth in wins and fifth in pole positions in Champcars history.

His racing team won the Indianapolis 500 in 2004 with a car driven by Buddy Rice. The same year, Rahal was inducted into the International Motorsports Hall of Fame.

Secure Bobby Rahal for Your Event

Based on your interest in Bobby Rahal as a speaker or for a personal appearance, Direct Sportslink has provided you additional links below for other sports talent with similar appearance fees, speaker topics, and categories that match Bobby Rahal.