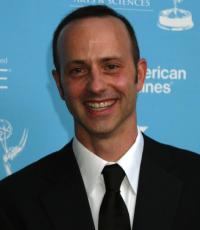 He is the 1988 Olympic gold medalist; He has been inducted into the World and U.S. Figure Skating Hall of Fame
Fee Range: Contact Us
Secure Brian Boitano
for Your Event

Boitano first made his mark on the international scene when he won the bronze medal at the 1978 World Junior Figure Skating Championships, beating future rival Brian Orser for that medal.  In 1982, Boitano became the first American to land a triple axel. He was known primarily as a jumper early in his career and he, along with several other skaters, helped push the technical envelope of men's skating.

In the 1988 United States Figure Skating Championships, Boitano performed a flawless skate.  He won the competition, and went into the Olympics as the U.S. National Champion.  Boitano and Orser were going head to head the entire Olympics and it came down to both of their free skates.  Boitano won the battle and gold medal, wearing skates with American flag embroidery.

Secure Brian Boitano for Your Event

Based on your interest in Brian Boitano as a speaker or for a personal appearance, Direct Sportslink has provided you additional links below for other sports talent with similar appearance fees, speaker topics, and categories that match Brian Boitano.