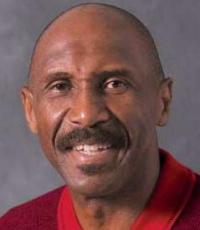 Joiner is a former star NFL player who played eighteen seasons, virtually exclusively at the position of wide receiver. After graduating from Grambling State University in 1969, he was drafted in the fourth round by the Houston Oilers. He played with the Oilers until 1972 when he was traded to Cincinnati. From 1972 to 1975 he played for the Cincinnati Bengals. In 1975 he was traded to the San Diego Chargers, with whom he remained for eleven seasons before retiring as a player after the 1986 season.

It was with the Chargers' high flying "Air Coryell" offense under coach Don Coryell that Joiner had his most productive years, exceeding 1,000 yards receiving in a season four times and going to three Pro Bowls (1976, 1979-80). Joiner holds the NFL record for the most games played at wide receiver. Joiner was selected All-Pro in 1980 and 2nd Team All-AFC in 1976.

In addition to good health and longevity, Joiner was an intelligent player and precise pass route runner. He was elected to the Pro Football Hall of Fame in 1996. Following his playing career, Joiner successfully transitioned into a NFL coach.

Secure Charlie Joiner for Your Event

Based on your interest in Charlie Joiner as a speaker or for a personal appearance, Direct Sportslink has provided you additional links below for other sports talent with similar appearance fees, speaker topics, and categories that match Charlie Joiner.