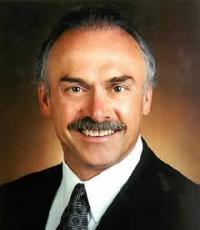 Raytheon was looking for an inspirational speaker who fit the demographics of their audience. Rocky was perfect, specifically given his time spent serving on behalf of his country in Vietnam. His speech was inspiring and the meet and greet was the perfect conclusion as he signed photographs and took pictures with guests.

Bleier graduated from University of Notre Dame in 1968 with a degree in business management, in addition to starring in football.

After his rookie season, Bleier was drafted into the army, and fought in the Vietnam War. On August 20, 1969, Bleier's platoon was ambushed and Bleier was wounded in his left thigh. While he was down, a grenade sent many pieces of shrapnel into his right leg. Bleier's struggle to recover from his injuries was dramatized in the 1980 film Fighting Back starring Robert Urich as Bleier and Art Carney as Art Rooney.

Bleier would play sparingly from 1971 to 1973 as upon his return he couldn't walk without being in pain, and he weighed only 180 pounds. Chuck Noll, the Pittsburgh Steelers coach, waived him on two occasions, but Bleier would always regain a spot on the roster. An offseason training regimen brought Bleier back to 212 pounds in the summer of 1974. From that point in time, he would be in the Steelers' starting lineup.

In addition to being a great lead blocker, Bleier was the second of the Steelers' rushing weapons, (Franco Harris was the primary back,) but was effective nonetheless at both blocking and rushing. In 1976, both Harris and Bleier rushed for over 1,000 yards.

Bleier played in all four Steeler Super Bowl victories, and caught the touchdown pass from Terry Bradshaw that gave Pittsburgh a lead it would never surrender in Super Bowl XIII.

Rocky lives in the Pittsburgh area and is active today with personal appearances and speaking engagements. He is one of the most requested motivational speakers in the $10,000-$20,000 fee range.

Secure Rocky Bleier for Your Event

Based on your interest in Rocky Bleier as a speaker or for a personal appearance, Direct Sportslink has provided you additional links below for other sports talent with similar appearance fees, speaker topics, and categories that match Rocky Bleier.