The Chicago Bulls are a professional basketball team based in Chicago, Illinois. The Chicago Bulls were founded in 1966 and are well known for having one of the greatest dynasties in NBA and sports history during the 1990s, winning six championships in eight years with two three-peats. All six championship teams were led by Michael Jordan, Scottie Pippen and coach Phil Jackson. The first three championship teams included the likes of Bill Cartwright, Horace Grant, John Paxson and B.J. Armstrong, while the latter three had Luc Longley, Steve Kerr, Ron Harper, Toni Kukoč, and Dennis Rodman on the roster.

Direct Sportslink has a long history of booking Chicago sports celebrity talent including retired and current Chicago Bulls players for personal appearances and speaking engagements. A few Chicago Bulls athlete bookings by Direct Sportslink include B.J. Armstrong for Exxon Mobil. Our work with Charles Oakley can be found on Charles Oakley's appearance agent page on our website. "Oak" is sure to always attract a crowd and attention for your brand or product. To view other Direct Sportslink Chicago celebrity bookings please visit the pages of Mike Ditka, Richard Dent, Gary Fencik, and Gale Sayers. You can view photos they took with guests, details of their autograph signing appearance, and motivational speaker topics.

Based on your interest in the Chicago Bulls, we have also provided you the Chicago White Sox, Chicago Cubs, Chicago Bears, and the Chicago Blackhawks so you can browse other Chicago sports celebrity appearance fees. 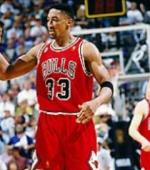 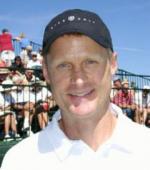