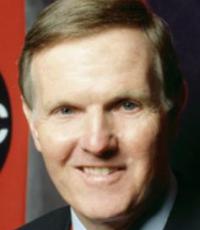 A consensus All-American quarterback at Purdue as a junior in 1965, Griese completed 348 of 690 passes for 4,402 yards in three seasons. He joined the Miami Dolphins of the American Football League in 1967 and became the team's starter during his rookie season.

Griese was injured in the fifth game of the 1972 season, when the Dolphins went undefeated. Backup Earl Morrall guided them to most of their victories and to a 20-14 win over the Cleveland Browns in the playoffs. With the score tied at 7-7 in the AFC championship game against the Pittsburgh Steelers, Griese replaced Morrall at the beginning of the second half and the Dolphins went on to a 21-14 victory.

He completed 8 of only 11 passes for 88 yards in the 14-7 win over the Washington Redskins in Super Bowl VII.

In 2011 Bob Griese joined the Dolphins Radio Broadcast Team as a color commentator.

Secure Bob Griese for Your Event

Based on your interest in Bob Griese as a speaker or for a personal appearance, Direct Sportslink has provided you additional links below for other sports talent with similar appearance fees, speaker topics, and categories that match Bob Griese.