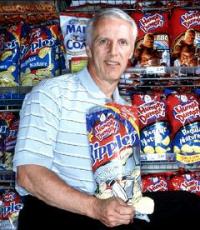 He played for the New York Islanders during their four-year reign as Stanley Cup Champions; He is a member of the Hockey Hall of Fame
Fee Range: $5,000 - $10,000
Secure Mike Bossy
for Your Event

As he never played long enough for his skills to diminish, his scoring averages remain quite high. Bossy averaged .762 goals per game in the regular season, more than any other player in NHL history, and .659 in the playoffs, second only to Mario Lemieux at .710.  Many regard Bossy along others as one of the best pure goal scorers ever to play the game.

Bossy was noted for his clean play, almost never resorted to fighting, and won the Lady Byng Trophy for gentlemanly play three times: 1983, 1984, and 1986. He earned the Conn Smythe Trophy as playoff MVP in 1982, and scored 17 goals in three straight playoffs -- 1981, 1982, and 1983 -- the only player ever to do so. In reaching the Stanley Cup Finals five times, between 1980 and 1984, Bossy scored 69 goals. By contrast, in Gretzky's five Stanley Cup Finals playoffs during his peak years with the Edmonton Oilers, he scored 59 goals.

Bossy earned 5 First Team All-Star selections, one of only four right wings ever to do so, again a notable achievement considering that the other three had much longer careers (Gordie Howe - 26 years; Maurice Richard - 18 years; Guy Lafleur - 17 years). He was inducted into the Hockey Hall of Fame in 1991. His #22 jersey was retired by the Islanders on March 3, 1992.

Secure Mike Bossy for Your Event

Based on your interest in Mike Bossy as a speaker or for a personal appearance, Direct Sportslink has provided you additional links below for other sports talent with similar appearance fees, speaker topics, and categories that match Mike Bossy.